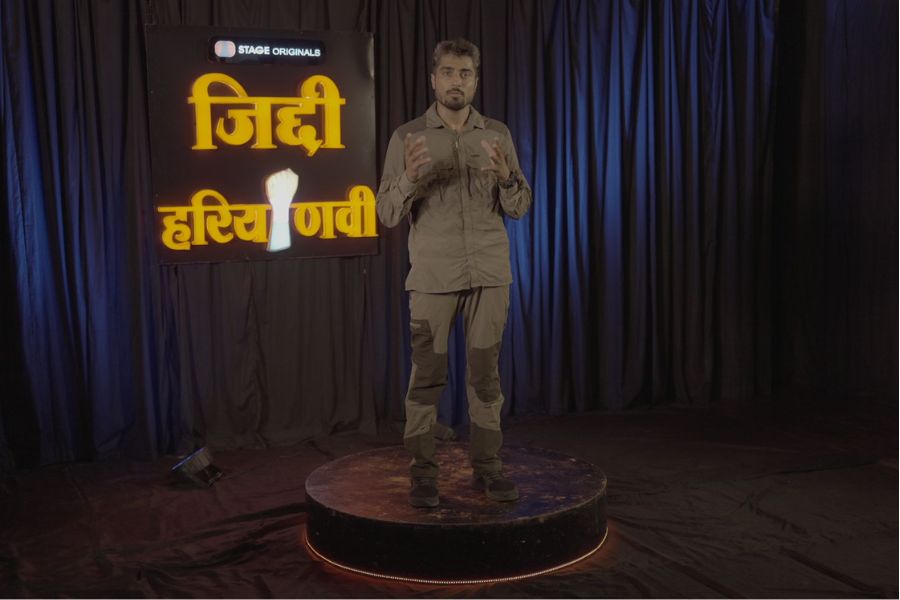 November 12: Narender Singh is an MA student of StarX University Gurugram.
After setting an example in the field of mountaineering, mountaineer Narender Singh Haryanvi is going to have fun on the app stage.  Narender’s intro is coming on the stubborn Haryanvi series in Haryanvi Stage app.  In which Narender Singh ‘s family status as well as his eight-year success will be shown.  The director of this series is Chirag Basin, who has made the country’s name on the world stage with his stubbornness and passion. Narender told that he has signed a contract with Stage App for this.

The dream of Narender, son of army jawan Krishnachand, resident of village Nehrugarh, is to make a mark in the world record book by conquering the 7 continents of the world.  Narender has so far conquered the highest peaks of 5 continents.  Basic of Mountaineering in 2012, Advanced in 2013, MOI in 2015, Search and Rescue in 2022 with all courses passed.  He climbed Mount Everest on 20 May 2016 via Nepal.  He has so far conquered five of the continent’s highest peaks, including Mount Everest, Kilimanjaro twice, in Elbrusco Travels, the 10 highest peaks in Cojasco and Australia, and the highest peak in South America, Aconcagua.

Narender made many world records in his name So far 18 world records have been set in the field of mountaineering. Now the next target is Denali, the highest peak in North America. The highest peak in Antarctica is Vinson, for which preparations are on.  Narender has been given the honor of World King by all the world record institutions of the world.  National Adventure Award has also been received.  Narendra was awarded the Doctor of Motivation by the Los Angeles Development Institute, Los Angeles (United States).